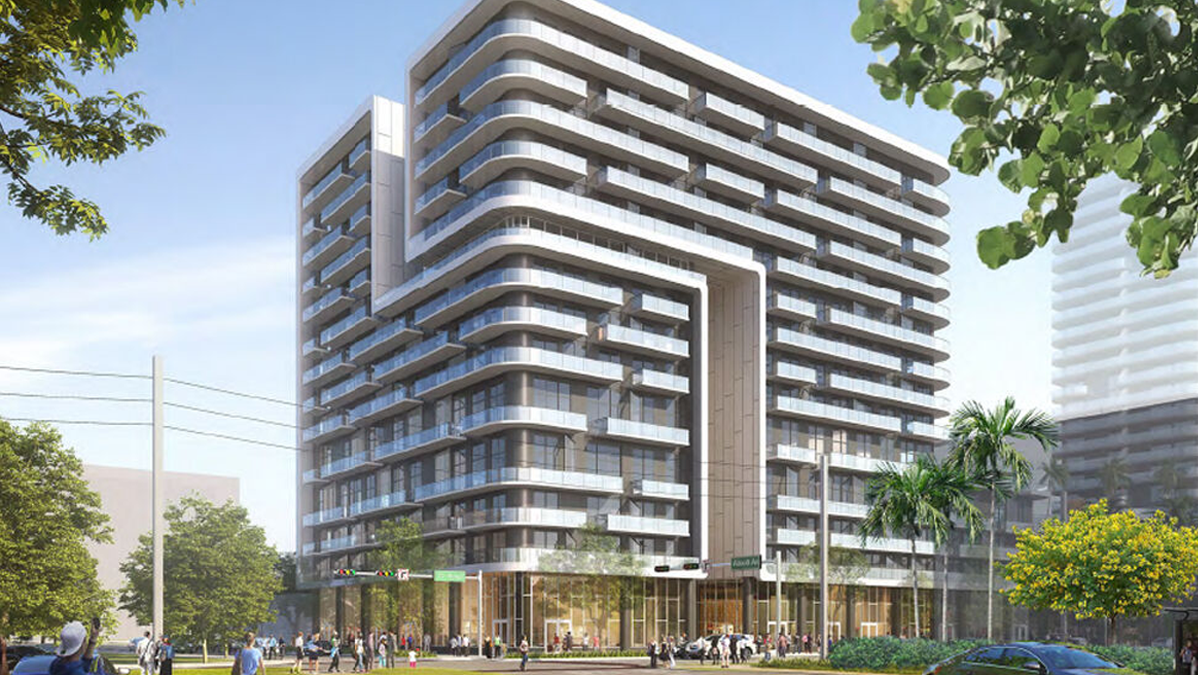 A 14-story tower with apartments and commercial space has been proposed on the north side of Miami Beach.

The site is within North Beach Town Center, where city voters approved a density increase in 2017. City officials have been looking to encourage new projects and businesses in the relatively underdeveloped area, which has many old buildings.

The tower would total 176,656 square feet, with 232 apartments, 16,045 square feet of ground-floor commercial space, and 147 parking spaces, including one electric vehicle charging station.

Robert Finvarb, a developer based in Aventura, said he grew up in North Beach and played Little League baseball on the nearby fields.

“It’s a huge opportunity to bring market-rate rentals and retail to spur the local economy, similar to what was done in Sunset Harbor 10 years ago,” he said. “We will create neighborhood-style retail that will active the area. Right now, it’s sort of a ghost town.”

Finvarb and the Klepachs, his cousins, would utilize a new ordinance approved by Miami Beach that permits micro units/co-living in North Beach Town Center.

“The intent is to bring in the younger demographic that has, to this point, not had a product type on Miami Beach that was appealing to them, so they have been going to Midtown, Brickell, the Design District and Wynwood,” Finvarb said. “We will build a comparable type of new, fresh, modern amentized apartment project that will bring them back to Miami Beach.”

The project was designed by Arquitectonica.

Attorney Ethan B. Wasserman represents the developers in the application.